In the mid of this year Google announced that the search giant is planning to shutdown some of its products having less user base. Google named this procedure as ‘Spring Cleaning’ and now ready for third round of cleanup.

END_OF_DOCUMENT_TOKEN_TO_BE_REPLACED

Now a Days flash dries has taken the place of nearly all data transfer equipment like CD,DVD etc with small size and huge Capacity .now you can also give your flash drive a cool look by personalizing it .Does a personalized flash drive encapsulated in wood sound organically appealing? Or how about a custom flash drive encapsulated in leather with your company logo laser etched into the leather? Or perhaps the modern appeal of metal and aluminum is more your style?

END_OF_DOCUMENT_TOKEN_TO_BE_REPLACED

Today what happened is really unexpected:Users of Gmail start outage.At 1:30 a.m. PST, Gmail consumer and businesses accounts worldwide could not get access to their email, said Google’s Gmail site
reliability manager Acacio Cruz, in a blog posting Tuesday. “We’re working very hard to solve the problem and we’re really sorry for the inconvenience.
According to latest news google resolved the problem and users have had access restored,” Google said on its Gmail status page.

You all are using mobile applications from many years by either sharing it via bluetooth from your friends or by downloading it from a PC. But application that come with lots of information and use is given by an Apple’s App Store, which offered an integrated, easy-to-use way to browse, buy, download, and install applications for the iPhone 3G and iPod Touch.
Microsoft and Nokia have announced their own application stores at the Mobile World Congress09 where every major player will have a way to deliver mobile programs over the air.
Nokia’s virtual storefront opens in May, and it’s hoping to outdo its rivals by using location and social networking elements. The service eventually will be open to Nokia’s entire fleet of cell phones, and it will be preloaded onto the N97 smartphone.

Microsoft didn’t reveals Windows Marketplace for Mobile, but it will likely to do something big because there are more than 20,000 programs for Windows Mobile. Microsoft said it would be available in the second half of this year, along with the upgrade and the My Phone content.

Cheers to all the Indians.This news is so special because a gentleman of India shows his ability in front of fast moving world an bags an award for India before Oscar night (every one is waiting for A.R. Rehman’s academy win). At mobile world congress 2009 going in Barcelona Craig Ehrlich GSM Association chairman presents 2008 GSMA Chairman’s award to Sunil Mittal,who is founder,chairman and group CEO of Bharti enterprises. 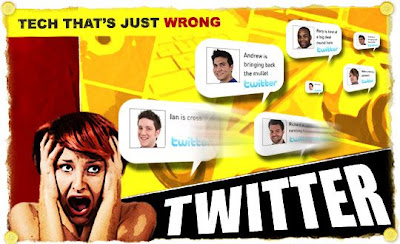 Benchmark Capital and Institutional Venture Partners led the financing round, which comes as Twitter, of San Francisco, has yet to unveil how it plans to make money off the popular “micro-blogging” .

On Twitter, the service that lets you keep the world abreast of your doings in 140 characters or less, “you post a thought and you never know who is going to jump in and join that conversation with you,” says Mooney. “You sort of forget that it’s a really, really public form of [instant messaging].” She’s reviewed the new movie “Wanted,” shared a dream about standing in line to buy the new iPhone and sent out links to new sites she has found interesting.

For Mooney and the million-odd microbloggers out there, no thought, however trivial, goes undigitized. First there was Facebook—where members are able to share instant thoughts or whereabouts with their social network by writing a pithy “status update” (Example: Brian is writing a story about microblogging).

The gross domestic product (GDP) or gross domestic income (GDI) is one of the measures of national income and input for a given country’s economy. GDP is defined as the total cost of all completed goods and services produced within the country in a stipulated period of time (usually a 365-day year). It is sometimes regarded as the sum of profits added at every level of production (the intermediate stages) of all final goods and services produced within a country in a stipulated timeframe, and it is rarely given a monetary value.

The most common approach to measuring and quantifying GDP is the expenditure method: